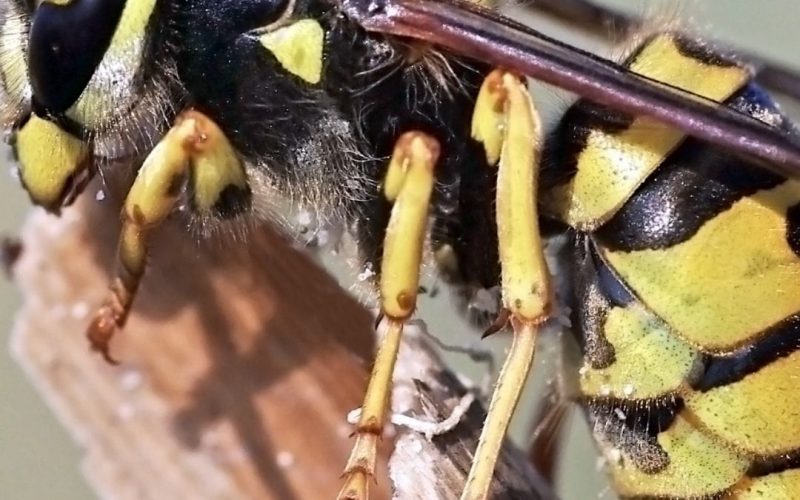 If you’re been stung by a wasp, and most of us will have at some point, then wasps are definitely a foe.

For the gardener and the British countryside wasps are amazing pest controllers. “Wasps are hugely beneficial to their native ecosystems due to the sheer amount of insects they capture… Adult wasps don’t eat the prey they kill – they feed it to their young. Social species capture insects, chop them up and carry parts back to the nest.” Says Dr Gavin Broad, wasp expert from the Natural History Museum.

“Instead of eating insects and spiders, adult wasps – both social and solitary – only feed on sugars. In the wild, sugars come from flower nectar and honeydew produced by aphids. Wasp larvae also produce a sugary liquid that the adults consume.”

“There is also a lot of sugar at pubs and picnics. Adult wasps don’t live very long, so they don’t really need protein. They’ve just got to load up on carbs.” explains Gavin.

Once wasp larvae have matured the adults no longer take aphids & caterpillars back to the nest. This is when wasps become a nuisance, getting drunk on sugary supplies. This is usually in late summer, once the school holidays start. Then it’s a good time to control the wasp nests.

So don’t rush for the wasp killer too soon. Nest Destroyer Foam is the easiest way to control annoying wasps.